A childhood dream was realized when Brent Graves attended auction school. As a young boy growing up in North Texas it was more common to find Brent at a cattle auction, equipment auction or estate auction. The rhythmic chant of the auctioneer and the control they maintained over the sales process was intriguing to a young boy learning about the world long before the internet. “Growing up our family attended a good number of registered cattle auctions conducted by the late Col. Eddie Wood, I wanted to be just like him. Col. Wood always wore a starched white shirt and blue jeans, he was admired by sellers and buyers alike. He would take command of the auction block and sell for hours without a break. He made it look easy.”

After attending Texas Tech University, Brent entered corporate America for a few years before attending auction school. “I left auction school in May and quite my full-time corporate job in July to become an auctioneer, it’s all I could think about. I realized I could not give my employer 100% and that wasn’t for to them.” Brent went to work as many auctioneers do, contracting their services by the day. He worked for smaller, regional auction firms for the experience and whatever they would pay. “I was very blessed early on to work for some of the undisputed best auctioneers in the world, the money wasn’t bad but the experience was priceless.” As a contract auctioneer Brent began working the wholesale automobile auctions in west Texas and New Mexico calling three auctions per week while working for other auctioneers on the weekends. “I enjoyed the experience of the wholesale auto auctions, it made me a better auctioneer for sure. I wanted to build an auction company and working three sometimes four car auctions per week was not conducive to building an auction company.”

With his wife Ashley by his side, Brent quit the car auction circuit and dove in head first building Alliance. While experience had shown Brent & Ashley what to do in the auction business, it also taught them what not to do when it comes to business dealings. A passion for the auction method of marketing, a love for rural land and the upmost respect for clients and customers alike Alliance was formed. Today the Alliance team offers a full buffet of auction marketing products to serve the specific needs of each client and reach as many customers as possible in an effort to “Exceed Expectations” of sellers and buyers alike.

Along the journey, Brent has been recognized as a leader in the auction industry. He was crowned the Texas State Champion Auctioneer in 2004 and was ranked in the top 25 auctioneers internationally in 2005. Brent has given back to the industry that he is so passionate about serving on the Texas Auctioneer’s Association board of directors from 2006 until retiring from service as the association’s president in 2013. As the president of the largest professional auctioneer’s association in Texas Brent established the first functional legislative action committee in the association’s 55 year history. Under Brent’s leadership the Texas Auctioneer Law was dramatically changed and brought up to modern standards for the first time since 1978.

Brent has been honored to be a featured speaker at the National Realtor’s Land Institute Convention, the National Land Auction Summit as well as teach numerous continuing education classes and auction school for aspiring auctioneers.

Today, Brent and Ashley make their home in Stephenville, Texas where each follow their passion for helping others. Brent in the auction business and Ashley serves as the Executive Director of Choices Life Resource Center, Stephenville’s Christ Centered Pro-Life Ministry, “God made me to be an auctioneer, he made Ashley with a heart to help young women and save babies” says Brent when asked about Ashley’s career. Together, Brent and Ashley raise their two beautiful daughters who each attend Huckabay ISD and participate in athletics, 4H and Stock Horse events. They are members of the First Baptist Church of Stephenville. 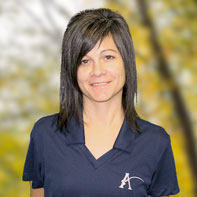 Having spent her life acquiring experience around passionate and purposeful people and having the exposure to various business cultures and diversified professionals ensures her comfort level in working for a wide variety of organizations. She is a client minded professional who builds trust relationships, is dedicated to continuous improvement, and has a vision for success. Some of her business strengths consist of strong work ethic, compassion, leadership, and loyalty. Obtained her Bachelor of Science in Agricultural Services and Development from Tarleton State University in 2004. Mandi is a devoted member of Lingleville Baptist Church. 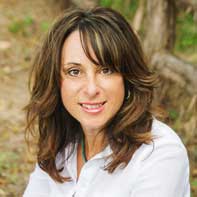 She and her husband, Kenny of 24 years have been immersed in the Rodeo entertainment Industry and are the owners of the world’s most famous cowboy, Whiplash the Cowboy Monkey. Together they attend Cornerstone Church in Stephenville. With a heart for others, she delivers Meals on Wheels weekly.

Nicole is a multiple time WPRA rodeo circuit and one-time National Circuit Finals qualifier. Nicole’s experience with rodeo life, livestock, and owning rural property, gives her a unique perspective into your needs and desires. She brings fifteen years of experience in the advertising world with a personable, down-to-earth touch.

You are assured of her undivided attention to connect you with opportunities that best match your needs, investing in your future whether you are buying or selling Residential, Land or Farm & Ranch. 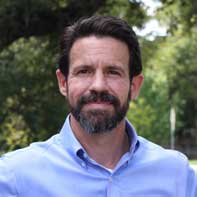 Todd Kercheval was born in Irving, Texas. Shortly after his birth, the family moved to Houston, where he attended and graduated from Aldine High School.

After graduating from Sam Houston State University, where he received his Bachelor’s Degree in Economics in 1997, Todd was hired by the Texas Racing Commission as supervisor over the drug testing and investigation at all tracks in Texas. While there, he reorganized and streamlined the reporting process used to monitor the large amount of data kept on horses and trainers.

In December 1998, he left the Racing Commission to assume the position as Clerk for the Senate sub - committee on Agriculture, reporting to the late Senator Tom Haywood. After handling the agriculture and natural resources issues during the 1999 session of the Texas Legislature, Todd joined the Texas Farm Bureau to implement a highly successful pilot program designed to create better understanding and cooperation between rural and metropolitan counties within the state.

In January 2003, he was asked to return to Austin and clerk the House Committee on Culture, Recreation and Tourism under Chairman Harvey Hilderbran. This committee coordinates issues related to Parks and Wildlife, The Historical Commission, Tourism and the Commission on the Arts. Todd served as Chief of Staff of this important committee, while also coordinating research and serving as senior policy advisor on legislation concerning natural resources, tax reform, and other critical issues.

Todd was instrumental in the 80th legislature’s passage of HB12, which revamped the state parks system and created a funding and operation structure providing for future growth.

Todd then served as Chief of Staff for Chairman Jim Pitts, who chaired the House Appropriations Committee. During his tenure there, the House unanimously passed HB1, the state budget. This is the only time in modern Texas history a unanimous vote occurred related to passing the budget.

Todd currently owns and manages a successful consulting company with a variety of clients. Todd spends much of his free time as an auctioneer. He is a graduate of the World Wide College of Auctioneering, in Mason City, Iowa. Todd has been selling for a number of years and has sold a wide variety of auctions.