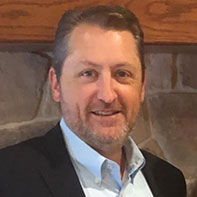 A childhood dream was realized when Brent Graves attended auction school. As a young boy growing up in North Texas it was more common to find Brent at a cattle auction, equipment auction or estate auction. The rhythmic chant of the auctioneer and the control they maintained over the sales process was intriguing to a young boy learning about the world long before the internet. “Growing up our family attended a good number of registered cattle auctions conducted by the late Col. Eddie Wood, I wanted to be just like him. Col. Wood always wore a starched white shirt and blue jeans, he was admired by sellers and buyers alike. He would take command of the auction block and sell for hours without a break. He made it look easy.”

After attending Texas Tech University, Brent entered corporate America for a few years before attending auction school. “I left auction school in May and quite my full-time corporate job in July to become an auctioneer, it’s all I could think about. I realized I could not give my employer 100% and that wasn’t for to them.” Brent went to work as many auctioneers do, contracting their services by the day. He worked for smaller, regional auction firms for the experience and whatever they would pay. “I was very blessed early on to work for some of the undisputed best auctioneers in the world, the money wasn’t bad but the experience was priceless.” As a contract auctioneer Brent began working the wholesale automobile auctions in west Texas and New Mexico calling three auctions per week while working for other auctioneers on the weekends. “I enjoyed the experience of the wholesale auto auctions, it made me a better auctioneer for sure. I wanted to build an auction company and working three sometimes four car auctions per week was not conducive to building an auction company.”

With his wife Ashley by his side, Brent quit the car auction circuit and dove in head first building Alliance. While experience had shown Brent & Ashley what to do in the auction business, it also taught them what not to do when it comes to business dealings. A passion for the auction method of marketing, a love for rural land and the upmost respect for clients and customers alike Alliance was formed. Today the Alliance team offers a full buffet of auction marketing products to serve the specific needs of each client and reach as many customers as possible in an effort to “Exceed Expectations” of sellers and buyers alike.

Along the journey, Brent has been recognized as a leader in the auction industry. He was crowned the Texas State Champion Auctioneer in 2004 and was ranked in the top 25 auctioneers internationally in 2005. Brent has given back to the industry that he is so passionate about serving on the Texas Auctioneer’s Association board of directors from 2006 until retiring from service as the association’s president in 2013. As the president of the largest professional auctioneer’s association in Texas Brent established the first functional legislative action committee in the association’s 55 year history. Under Brent’s leadership the Texas Auctioneer Law was dramatically changed and brought up to modern standards for the first time since 1978.

Brent has been honored to be a featured speaker at the National Realtor’s Land Institute Convention, the National Land Auction Summit as well as teach numerous continuing education classes and auction school for aspiring auctioneers.

Today, Brent and Ashley make their home in Stephenville, Texas where each follow their passion for helping others. Brent in the auction business and Ashley serves as the Executive Director of Choices Life Resource Center, Stephenville’s Christ Centered Pro-Life Ministry, “God made me to be an auctioneer, he made Ashley with a heart to help young women and save babies” says Brent when asked about Ashley’s career. Together, Brent and Ashley raise their two beautiful daughters who each attend Huckabay ISD and participate in athletics, 4H and Stock Horse events. They are members of the First Baptist Church of Stephenville.

Hard to Find Home and 47 acres near Stephenville

29.5 Acres with home minutes outside Stephenville

Room to Roam in Dublin

The Prime Location for 120 Years