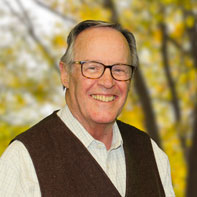 As one of eight children growing up on a Texas farm, David learned at an early age both the joys and responsibilities associated with living in rural Texas. These life experiences, including an active role in FFA while in high school, laid the foundation for a strong work ethic that has served David well throughout his professional career. After graduating from Texas A&M’s College of Agriculture and a period in the Army, David began a sales career, first with Texaco and later with Vet Kem Laboratories where he assisted farmers and ranchers in making their livestock management plans a successful reality.  He then joined the management team at Houston Community College System (HCCS). It was during this period David was first introduced to real estate. After earning his license, he taught several classes and helped others become licensed. In 1987, David created and managed the Agricultural Science program at HCCS. While earning a Masters in Agriculture from Sam Houston University and teaching a wide rangeof agricultural courses to hundreds of students including many absentee land owners, David began to understand the importance of being truly knowledgeable about the many variables that can affect one’s success or failure in the farm and ranch arena. David is thrilled to bring that experience to a career in agricultural real estate, an opportunity he is enjoying with the team at Alliance.